skip to main | skip to sidebar

Weight Loss Discovery Making National Headlines | How Life Works
Posted by The Atlanta Assistant at Friday, May 11, 2012 No comments:

I "DARE" you to read this...Smile!!
DARE Online Magazine - February Edition
Posted by The Atlanta Assistant at Tuesday, February 07, 2012 No comments:

I "DARE" you to read this...Smile!!
DARE Online Magazine - January Edition
Posted by The Atlanta Assistant at Tuesday, February 07, 2012 No comments:

Craft Room Clean Up! - The Crafts Dept.
Posted by The Atlanta Assistant at Sunday, February 05, 2012 No comments:

I had the opportunity to attend the 4th Annual Phil Beniamino Classic, Saturday March 20, 2010. Although I have been a “FAN” of the Atlanta Xplosion since embarking upon their existence a few years ago, I was not really sure what the Phil Beniamino Classic was. I did a little research and here is what I found… 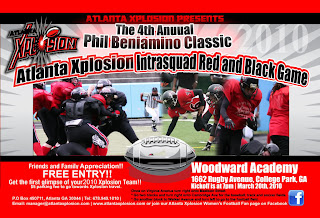 “The 1st annual Phil Beniamino Classic was held in 2007. The annual scrimmage game honors Atlanta Xplosion founder and championship head coach Phil Beniamino and his family for starting the Atlanta Xplosion organization”. During the classic, Phil is presented an award for his contributions to the organization and for his continued support of the team. 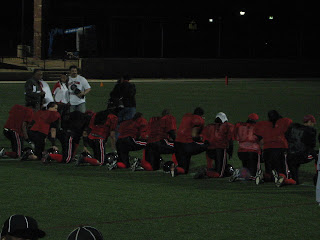 This year’s Classic was no different, Phil Beniamino was honored.  He was presented with an award for his continued contribution to the Atlanta Xplosion from the Xplosion's new owner Takela Corbitt, accompanied by General Manager, Mashonda Gilmore.  The Classic was held as a scrimmage/introduction game for the Red & Black...Offense & Defense of the 2010 Atlanta Xplosion. 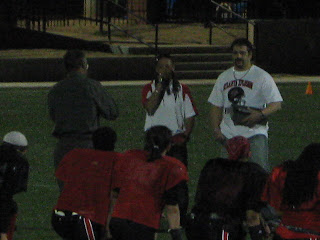 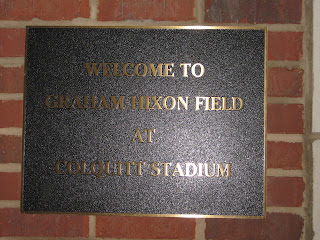 It was a beautiful, chilly night and the crowd seemed happy overall! There was plenty of parking for only $5 and the games was “FREE”. Yes…”FREE”Anyone who truly knows The Atlanta Assistant knows that I absolutely believe and proudly honor the word “FREE”. Not because it’s cheap, but rather it is one of the most valuable word in the English Language that enables us to Live Our Best L.I.F.E.
(Learning, Inviting, Fulfilling, & Engaging) our Passions without stress and worry! 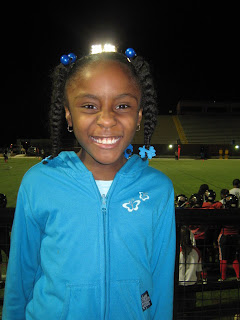 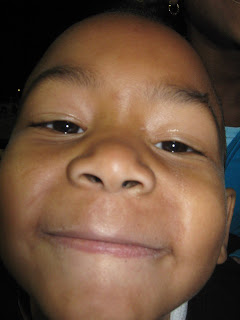 There was a concession stand with one of my favorite childhood drinks listed as a beverage, KOOL-AID!! I was a little disappointed when I ordered it and got a "Jammer" instead…frown. There is nothing like good old fashioned home made kool-aid. I made a recommendation for them to…make it from scratch…smile!! 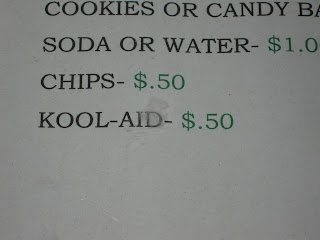 Here’s to hoping that they will honor my request at the next
Home Game!! 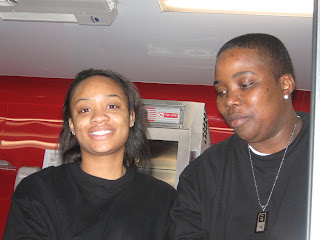 If you have any suggestions for the Atlanta Xplosion concession stand, leave your comments and I will try to get them in the appropriate hands!!
"I JUST WANT REAL KOOL-AID"...oooh...How about frozen in a cup??
Now that's OL' Skool Flava... 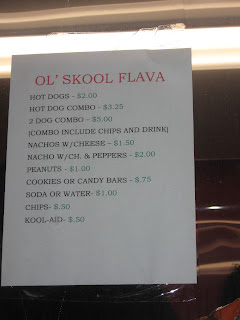 I had to leave prior to meeting the team, but not before getting the opportunity to meet and introduce myself to the Atlanta Xplosion’s owner Takela Corbitt.
She was very welcoming and thanked me for coming out to show my support. 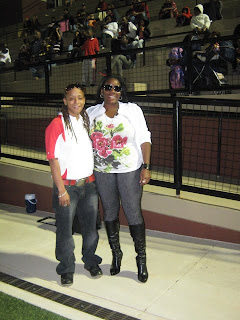 I was also able to capture Phil Beniamino & General Manager Mashonda Gilmore who graciously struck a pose for my camera. They too were very welcoming and accommodating. 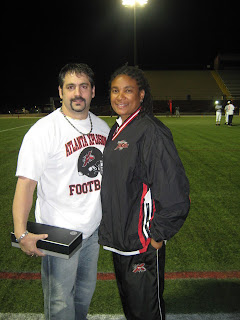 It is my understanding that the team was going to autograph the 2010 season calendar for all attendees. I was allowed to take a copy of the 2010 Calendar prior to it being signed since I had to leave early. The season kicked off officially April 3, 2010 on the road in Chattanooga where the Xplosion took a 65-0 "WIN"!!  The Xplosion followed that win on the road in the Carolina's with a 54-7 "WIN"!! 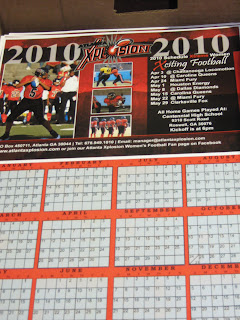 The 1st Official Home Game of the 2010 season was scheduled for today April 24, 2010 against the Miami Fury. I'm not sure if they were able to play with the "April Showers"!!
All home games are scheduled to be played on the Centennial High School Football Stadium's Field. 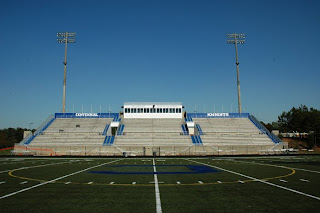 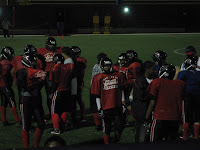 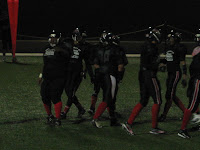 The Xplosion will be traveling to Miami and Dallas during the 2010 season. 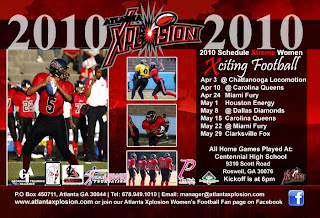 Please join me in supporting our 2010 Atlanta Xplosion.

Are you a “TRUE” Xplosion Fan…
Send me your “FAN” pics for The Atlanta Assistant’s Xplosion Gallery…
www.TheAtlantaAssistant.com 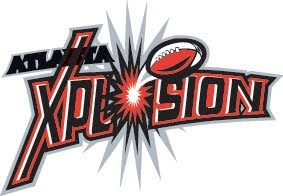 http://www.atlantaxplosion.com/history.html
You can view more pics...
www.Facebook.com/TheAtlantaAssistant
or
http://theatlantaassistantphotojournal.shutterfly.com/
Posted by The Atlanta Assistant at Saturday, April 24, 2010 No comments:

About The Atlanta Assistant

On The Atlanta Assistant's Radar 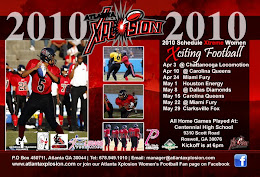 Shake your Pom Pom for your Atlanta Dream!!